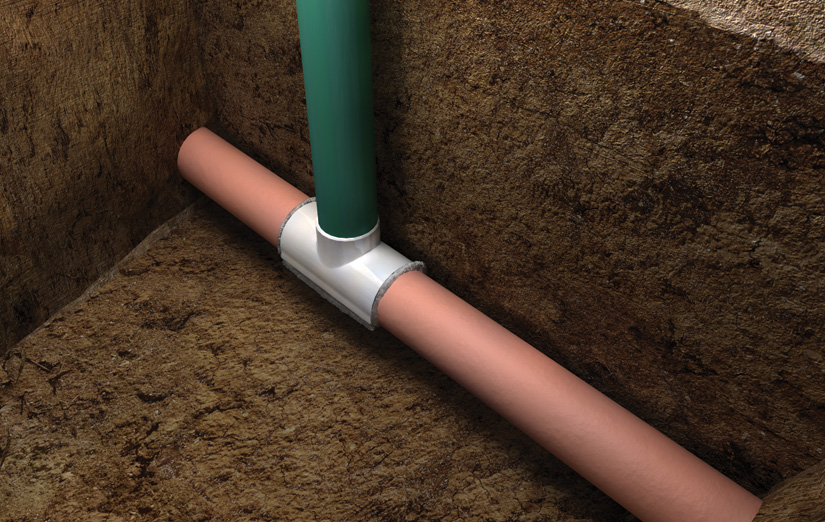 VAC-A-TEE is a trenchless cleanout installation system that is environmentally friendly, utility friendly and installer friendly. Installed by means of hydro or vacuum excavation, the VAC-A-TEE system is a clean and safe method for installing a new cleanout. The cleanout provides access to the sewer lateral pipe for cleaning, lining, root removal, CCTV, etc. The system involves a patented PVC saddle, riser pipe of appropriate length and proprietary hybrid adhesive/sealant. After a small diameter borehole has been created, the contractor applies the adhesive to the underside of the saddle and then snaps it onto the lateral pipe. Once the adhesive cures, it forms a water-tight seal with the pipe. A diamond core saw is then used to cut and remove the crown of the pipe. Finally, the borehole is backfilled and sod is used to restore the landscaping, leaving the yard virtually untouched. 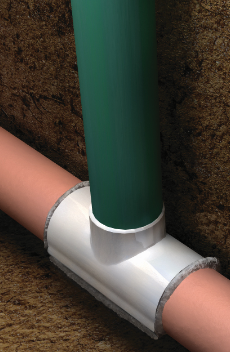 Purchase the full version of this standard by visiting the ASTM website here.

This practice is for use by designers and specifiers, regulatory agencies, owners, and inspection organizations who are involved in the rehabilitation of sewer service laterals and its connection to the main through the use of a resin-impregnated tube installed within an existing sewer lateral. As for any practice, modifications may be required for specific job conditions.

A Comprehensive Understanding of ASTM F2561-06 “The Standard Practice for Rehabilitation of a Sewer Service Lateral and its Connection to the Main Using a One-Piece Main and Lateral Cured-in-Place Liner.”
Larry Kiest, Jr. and Rick Gage
Presented at NASTT No-Dig March/April 2009

The Lateral Lining Market Has Arrived: Lateral Work is Being Completed in All Corners of the World with More on the Way
Joan Blythe
Published in Trenchless Technology Magazine, April 2007

The Inspector is the Gatekeeper to a Successful CIPP Installation
Larry Kiest, Gerry Muenchmeyer, and Amana Arayan
Presented at NASTT No-Dig 2015