“IT’S AN INDUSTRY THAT MAKES A MONUMENTAL DIFFERENCE WHEN
IT COMES TO INFRASTRUCTURE, THE ENVIRONMENT AND PUBLIC HEALTH. WE ARE AN INVISIBLE GIANT!” 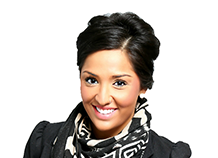 For manufacturers and technology providers in the niche trenchless industry, properly communicating the value of trenchless solutions and touting your products through targeted marketing is key – it’s also Amana Arayan’s forte.

As marketing manager at LMK Technologies (LMK). Arayan has spent the past eight years in the industry implementing marketing campaigns and developing new ways to connect product with customer for the Ottawa, Illinois-based lateral rehabilitation company. She brings a singular skillset to her position, separate from the engineering perspective of her colleagues, that has allowed LMK to grow its brand recognition in the marketplace. She’s also taken the opportunity to go beyond her job at LMK and become fully engrained in the industry through her volunteer work with organizations like NASTT and NASSCO.

“Our industry has a huge impact on the daily lives of so many people, most without realizing it,” she says. “Although this is a dynamic and competitive field, everyone is working toward the common goal of minimizing the global footprint of this industry while discovering the next big idea in innovation.”

Our industry has a huge impact on the daily lives of so many people, most without realizing it,” she says. “Although this is a dynamic and competitive field, everyone is working toward the common goal of minimizing the global footprint of this industry while discovering the next big idea in innovation.”
Arayan got her start in the industry upon joining LMK in 2011. Since her dad is a chemical engineer and her brother is a doctor, she says she’s always had a keen interest in taking a science-adjacent career path that would make a societal impact. “I know a lot of people outside the industry probably don’t know or don’t think too much about trenchless technology,” she says. But it’s an industry that makes a monumental difference when it comes to infrastructure, the environment and public health. We are an invisible giant!”

Although her work in the construction business was a new and tough challenge, Arayan says it was made simpler by the fact that LMK was founded and led by trenchless industry pioneer Larry Kiest Jr., who she considers a mentor.

“It was such an honor to be able to learn from him,” she says about Kiest, who is now out of the business but holds more than 100 patents for his innovations at LMK. “Seeing Larry’s involvement in the industry firsthand gave me a greater appreciation and under-standing for trenchless technology as a whole. Larry emphasized that quality of our work had to be foremost in our minds and that we do not cut corners. His dedication to everything he was involved in, no matter the significance, never faltered.” Arayan also credits Rick Gage of LMK’s parent company, Waterline Renewal Technologies, for helping her learn the ropes at LMK and advising her on the company’s technologies and the business of the trenchless market.

At LMK, Arayan is instrumental in preparing educational presentations and seminars on the benefits of CIPP rehabilitation and best practices, as well as developing new product promotional campaigns and advertisements. She also spends a meaningful portion of her work planning and implementing LMK’s digital marketing strategy while strengthening its social media presence. Recent advertisements developed by Arayan have received the Water Environment Federation’s Citation of Excellence in Advertising for both Best Presentation of Information (2016) and Best Design (2014). She has also co-authored and presented several technical papers at NASTT’s No-Dig Shows.

Arayan serves as chair of NASTT’s Young Professionals Committee, which works to connect aspiring young professionals with opportunities in the trenchless industry. Alongside her committee colleagues and NASTT, Arayan has led many of these efforts in recent years including organizing committee activities, exhibit hall tours and networking events for students at the NASTT No-Dig Show.

In 2018, Arayan was featured on the cover of Trenchless Technology magazine, which hosted a roundtable discussion on young professionals in the industry. She was also a recipient of NASTT’s Ralston Award for Young Trenchless Achievement at the NASTT 2017 No-Dig Show in Washington, D.C.
As significant as her mentors and colleagues, Arayan credits her family for her success early in her career. “Sometimes I don’t think – actually I know – my parents do not understand the particulars of the trenchless industry,” she jokes. “But having their support is imperative and they were elated and extremely proud when I won the award. Growing up, they sacrificed their entire lives to give my brothers and I opportunities here,” she says of her parents who immigrated to the United States from Pakistan when they were just 19.

For Arayan, the trenchless industry has afforded her the opportunity to grow her career and develop a working knowledge of and passion for a fascinating field while developing relationships both professionally and personally.

“Every day is different in the trenchless industry,” she says. “For a young professional, having the opportunity to be in the same room with people like the Larry Kiests of the industry is very inspiring. It’s not often you have the opportunity to work alongside such pioneers, and the fact that industry leaders are still so passionate is a reminder of how far the industry has already come.
“I look forward to the future of the trenchless technology industry,” she says. “In particular, I’m excited about helping usher in the next generation of talent and providing them with the extraordinary tool-kit my mentors have imparted me.”